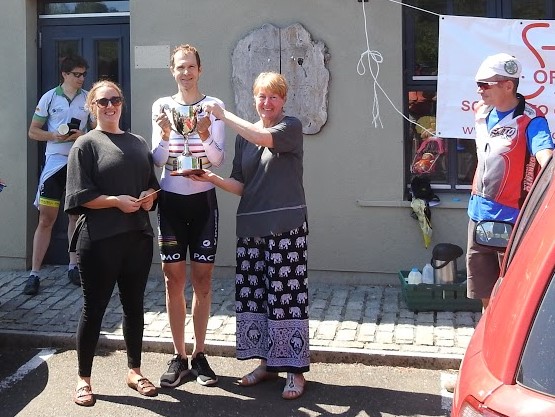 Masters world TT champion Greg Swinand has won the Danny O’Shea 10 Mile TT in Co Wicklow.
Swinand (Viner-Caremark-Pactimo) was 12 seconds better than Paul Kennedy of Newcastle West.
The race from the Tap on the Old N11 road near Wicklow was promoted by Sorrento Cycling Club.
Kennedy, who claimed bronze in the elite TT at the National Road Championships two weeks ago, was hampered by a mishap.
At one point he went off course. By the time he righted himself he had lost time. And against opposition like Swinand, he paid for it.
The two veterans were joined by Kieran Regan (St Tiernan’s CC) on the podium. He was 22 seconds down on winner Swinand.